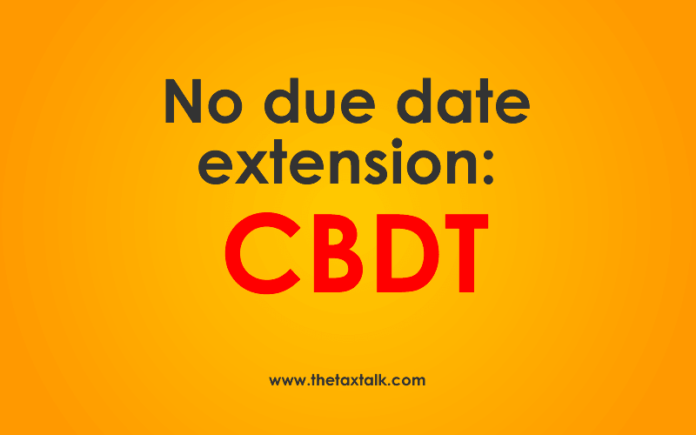 This Circular is issued in pursuant to Section 139(1) of the Income Tax Act, 1961 is to clarify that rumors spreading across in social media regarding extension in due date for non-tax audit cases is fake and there are no such plans to extend this deadline beyond 31st July, 2018. The department has already received over 1 crore returns filed electronically.

As per Section 234F of the Income Tax Act, from 1st April 2018, the penalty for late filing income tax return would be as follows:

(a) five thousand rupees, if the return is furnished on or before the 31st day of December of the assessment year;

(b) ten thousand rupees in any other case:

Provided further that if the total income of the person does not exceed five lakh rupees, the fee payable under this section shall not exceed one thousand rupees. Therefore, the assessees are hereby asked to file their ITRs before the above due date to avoid the penalty.

One circular by CBDT is getting circulated in the media which says that the due date of 31 July for filling Income Tax Returns will not be extended. However, there is no such circular at www.incometaxindia.gov.in

The figures given in the return are true. Lets see if the circular is also true or not.