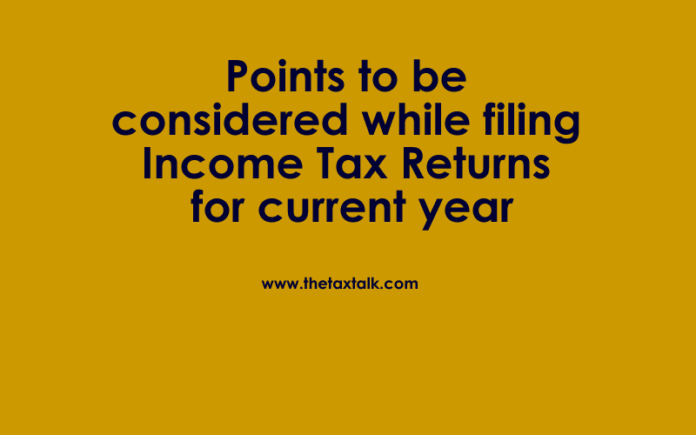 Changes in the ITR forms are made mainly with an intention to shift the onus on the taxpayers to prove their claim for deductions, expenses or exemptions and also to seek more information from trusts, taxpayers who opted for presumptive taxation scheme, investors in shares of unlisted companies, so on and so forth.

Few major changes in brief are as follows-

B) FMV (calculated as per prescribed manner)

Note – Detailed Form wise changes will be listed out in next release of updates in ITR forms, which will be released soon.

Validity of Reassessment Notice under section 148 if there is no...

Fees charged for banking services, whether to be construed as commission...

Validity of Reassessment Notice under section 148 if there is no...

Fees charged for banking services, whether to be construed as commission...