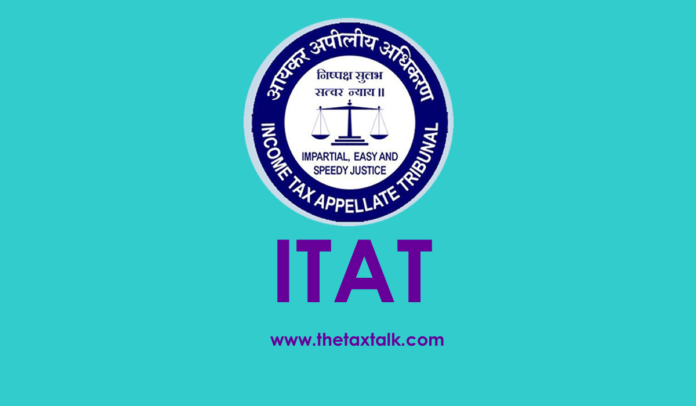 1. The issue in appeal lies in a very narrow compass of material facts. The assessee before us is a nationalized bank’s branch office. The taxes deducted at source under section 194A by the assessee for the month of September 2014 were deposited by the assessee on 8-10-2014. On these facts, while processing the TDS return under section 200A, interest for delay in depositing the tax at source, for a period of two months, i.e. September and October 2014, was charged. This interest amount of Rs. 2,78,607 was sought to be recovered by the assessing officer. Aggrieved, assessee carried the matter in appeal before the Commissioner (Appeals) but without any success. Learned Commissioner (Appeals) confirmed the said action of the assessing officer and observed as follows :–
“2. I have considered the facts of the case. The appellant has contended that the tax has been deducted and paid the same along with interest on 8-10-2013 and as per General Clause Act, the date from is to be excluded for the purpose of computation of period for charging interest. The assessing officer has levied interest for two months. Section 201(1A) clearly states, if a person after deducting tax fails to pay the tax it shall be liable to pay simple interest at one and one-half percent for every month or part of a month on the amount of such tax from the date on which such tax was deducted to the date on which such tax is actually paid. The issue in dispute is whether the day on which tax was deducted is to be excluded or not. The Hon’ble Apex Court in Criminal Appeal No. 1079 of 2006 in case of M/s. Econ Antri Ltd. v. Ron Industries Ltd. & Anr., inorder dt.  26-3-2013 has held that for the purpose of calculating period of one month, the period has to be reckoned by excluding the date on which the cause of action arose. The contention of appellant that period of default is to be calculated from due date is incorrect. The period is to be calculated from the date of deduction and not due date. Accordingly, the assessing officer is directed not to charge interest for two months and interest is to be levied for only 1 month. This ground is partly allowed.”
3. The assessee is not satisfied and is in further appeal before us.
4. We have heard the rival contentions, perused the material on record and duly considered facts of the case in the light of applicable legal position.
5. We find that the time limit for depositing the tax deducted at source under section 194A, as set out in rule 30(2)(b) — which applies in the present context, is “on or before seven days from the end of the month in which the deduction is made”. In the case before us, the TDS is deposited on 8-10-2014. There is thus clearly delay in depositing tax at source. Learned counsel does not even dispute that. All that he prays for is that the levy of interest should be reduced to actual period of delay in depositing the tax at source, i.e. from the date on which tax was deducted and till the date on which tax was deposited. It is only if such a period exceeds one month, then the question of levy of interest will arise. However, what has been done in the present case is that the interest has been charged for two calendar months, i.e. September and October. This plea of the assessee indeed meets our approval in the sense that the question of levy of interest for the second month can arise only if the period of time between the date on which tax was deducted and the date on which tax was paid to the Government exceeds one month. We, therefore, direct the assessing officer to re-compute the levy of interest under section 201(1A) accordingly.
6. As per learned counsel’s plea that it is too strong. A punishment to levy interest for a delay of first one day, such a plea is only to be noted and rejected. Who would know the time value of money better than a banker that the assessee is, and the interest is nothing more than a compensatory levy for the time during which tax deductor enjoyed the Government money. That is not at all penal in nature and we do not have any authority to relax this compensatory levy.
7. In the result, the appeal is partly allowed in the terms indicated above.

No disallowance under section 40A(2) if there is no material on...

No disallowance under section 40A(2) if there is no material on...