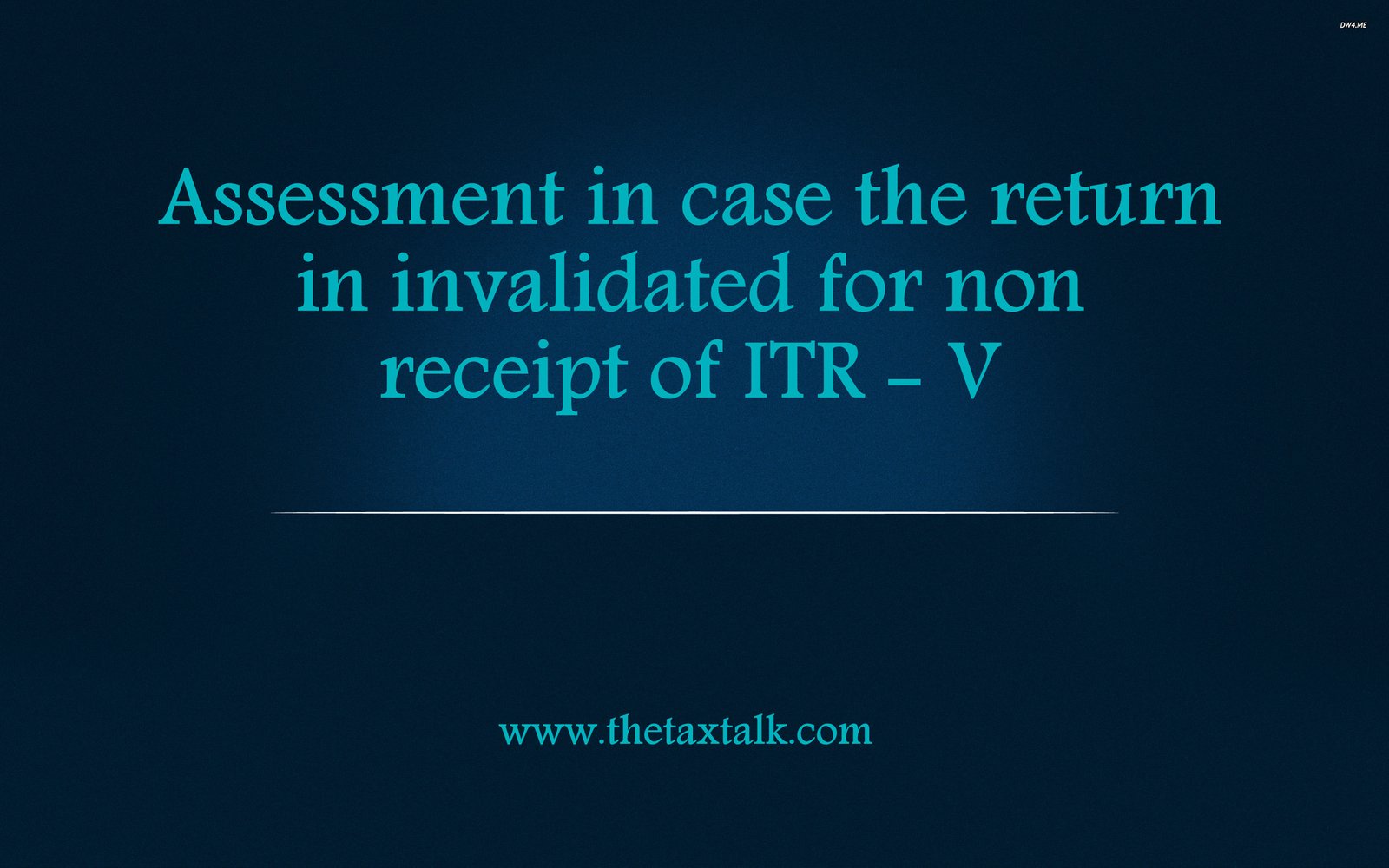 There are lot of return where the return is treated as defective u/s 139(9). For multiple reasons like non receipt of ITR V by CPC, Non payment of challan. Incomplete return details etc. Such cases are also selected for scrutiny proceeding under the Income Tax Act-1961.

How the return can be processed or defect can be removed in such cases?

It is clarified by the CBDT about the procedure to be followed. In cases the return is selected for scrutiny assessment.

However, how to remove the defects in cases the case is not selected for scrutiny still remain unresolved. It will be in the interest of the taxpayer if the suitable procedure is notified for rectifying the defect in case the return is invalidated for non receipt of it by CPC Bangeluru within the specified time frame. Lot many taxpayers are in dilemma as no legal remedy for such rectification is available at the disposal of the Assessee as well as CPC.

The present clarification for removal of defect in case the return is selected for scrutiny assessment is as under:

During CASS Cycle 2016, some of the returns of income which earlier were treated as defective as per provision of section 139(9) of Income Tax Act, 1961 (‘Act’) either for the reason that the taxes as per the return were not paid or for any other reason specified therein were also selected for scrutiny.

“Provide that where the assesse rectifies the defect after the expiry of the say period of fifteen days or the further period aIlow, but before the assessment is made, the Assessing Officer may con do the delay and treat the return as a valid return.”

As per proviso to section 139(9). An assessee can rectify the defects till the time assessment order is passed provided. The delay in complying with notice under section 139(9) of the Act is condoned by the AO. Therefore, to regularize proceedings in scrutiny cases where assessee has already removed. The defects as specified u/s 139(9L in such cases under scrutiny, before passing the assessment order u/s 143(3L AD shall condone the delay in removing the defects by the assessee u/s 139(9) and consider such returns as valid.

3. In pending cases as on date. Where the defect specified u/s 139(9) of the Act has not been rectified by the assessee. The AO would be required to immediately initiate proceedings under section 144. Of the Act by issuing a show-cause as per the first proviso to that section after taking a view that assessee has failed to make a return under section(s) 139(1)/139(4)/139(5) of the Act.

However, if assessee, till the date of passing assessment order by the AD, rectifies the defect u/s 139(9) in the return, such cases would also be dealt with in the manner specified in para 2 above and AD would also proceed to pass order u/s 143(3) of the Act in those cases. However, in returns, where defect is not removed by the assessee till the time of passing assessment order, proceeding in those cases would be concluded by passing order u/s 144 of the Act.

4. In view of the above decision, AO is required to take following steps where assessee has not yet responded to defective return notice u/s 139(9) of the Act-

(i) The AD will intimate the assessee about the defective status of return and ask him to rectify the defects through the E-filing portal or communicate it to the AD. Simultaneously proceedings under section 144 of the Act would also be initiate in these cases.

(ii) If the defects as specified are remove, the AD will treat the return as valid and proceed accordingly.

(iii) If the defects are not removed and return remains invalid. the AD will proceed to pass order u/s 144 of the IT Act. As if no return was filed by the assessee. However all the steps pre-requisite for passing order u/s 144. Of the Act are required to be followed scrupulously by him.

5. This is issued with the prior approval of Member(IT&C), CBDT.